The First Museum of Intermedia I (2012 â 2017)
Versions of neo-conceptual art, gender, and corporality

The selection of works in the first (pilot) phase of The First Museum of Intermedia presents the typical elements of art with a core in the ninethies, their connection with the culminating eighties, as well as their continuity in the new millennium. The exposition was an “initiation” into intermedia art, highlighting the onset of media art (especially videoart) during the period.

In the nineties, the language of postmodern art manifests through the disappearance of borders between elite and mass culture, as well as through syncretic style. The presented works of Boris OndreiÄka provide a typical example of these tendencies. The objects created by Laco Teren reflect one of the typically neo-conceptualist themes present in the nineties â the ambiguous attitude towards the world of consumer goods, but the use of an archetype (egg as a symbol of birth) is rooted in his earlier neo-expressionist paintings. Simona BubÃḂnovÃḂ also utilized the iconographic elements of neo-expressionism, but the rendition of her object is closer to the forms of intermedia present in the nineties. The wall installation by Karol Pichler is a certain counterpart to these works, representing neo-conceptual art that stems from philosophical, religious or mystical teachings, upon which the author draws up a visual language based on cyphers and codes.
Another line of the exhibition presents artworks created by female authors dealing with post-feminism and gender issues. They serve as revisions of radical feminism, despite the fact that it had no significant representation in our country (due to the artistic practice before 1989). These works are characterized by efforts to define a more structured identity of woman and gender. In addition to mapping privacy, the postfeminist themes deal with body image and distortion of sexuality taboo, usually taking on different forms of media art. Jana ÅẄelibskÃḂ started working with them in the nineties; her video installation based on shape and sound allusions reflects an attribute of femininity (breasts). The performance by PavlÃ­na Fichta Äierna derives from a similar platform, providing an introspective reference of her corporality. Denisa LehockÃḂÂṀs installation, grasping the intimacy of a couple as its dominant element, lets us peek into the authorÂṀs privacy. The work of Jozef Å ramka serves as a counterpart providing a male perspective on the issues established by the three female artworks.
The secondary (albeit umbrella) theme of the exhibition is the emphasis on corporality as one of the themes of art after 1989. In addition to its interpretation along the lines of gender issues (Jana ÅẄelibskÃḂ, PavlÃ­na Fichta Äierna, Denisa LehockÃḂ), it is also articulated by more vigorous expressive forms or with varying degrees of applying the language of metaphor or symbolic expression (Simona BubÃḂnovÃḂ Laco Teren, Boris OndreiÄka, Karol Pichler, Jozef Å ramka). 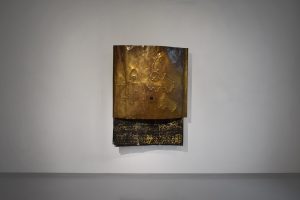 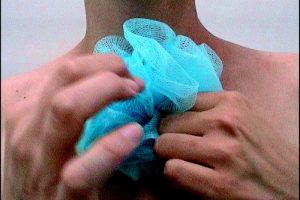 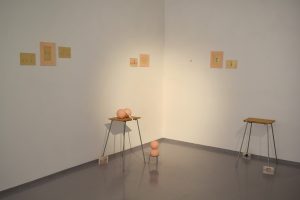 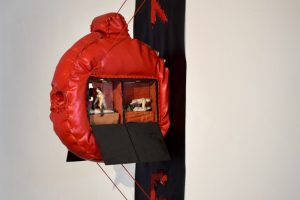 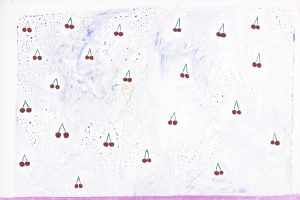 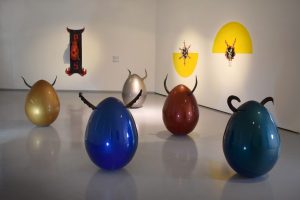 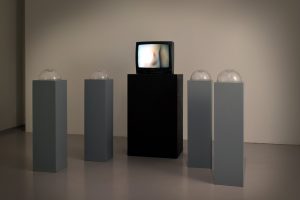